Do you ever have intrusive thoughts that make you think your partner is attracted to someone else or vice-versa? Do you worry endlessly that your partner will leave you for someone else, or that you should end the relationship? Is ruminating on things like whether your partner still loves you, values you, cares about you driving you mad?

Anyone can have doubts about whether the partner they are with is right for them. Usually, such doubts circle around one and the other’s values.

For example, partner A might develop insecurities about their seemingly mundane job because partner B’s occupation is on a more professional level. Or Partner B might find a celebrity attractive (blue eyes with blonde hair), making partner A may feel a little bit insecure about their own dark-haired brown-eyed looks.

These are justifiable self-doubts because any person can feel confidence issues creeping in at times. Still, such insecurities are generally fleeting and are resolved by standing back and putting in some rational perspective.

However, when relationship OCD is involved, such uncertainties are clouded. It’s because OCD comes with obsessions that can be described as having involuntary thoughts about what’s important in a relationship and having that ruined. But the thoughts are faulty and as consequence, a resolve is harder to find because the outcome points towards inconsistent conclusions.

In other words, the brown-eyed brunette, if vulnerable to OCD, may develop an obsession with their looks, and may even dye their hair blonde. Or the person whose attention is on which partner has the more dynamic career may find they are suddenly lacking in confidence and subsequently start to feel depressed. If susceptible to OCD, they could develop intrusive thoughts about perceived inadequacy, too.

Relationship OCD (ROCD) tends to jump in on the heart of the problem, what matters the most, which is one’s values system. With the example of appearance, it would be the quality of being desirable. In the instance of job roles, it would be the importance of career prospects and being successful.

A person’s judgement of what is important in life spirals out of control in ROCD and can interfere with the relationship. It goes beyond straightforward values, which, throughout life, the person has shaped for him or herself. Usually, people direct their paths and influence what happens by their qualities and faults and what matters to them.

In a non-OCD relationship, for instance, certain ways become the norm and partners accept each other’s ways, even if they moan about them now and then. Let’s say one partner likes to have a few nights out, and the other one prefers to stay home. Their preferences can cause one or two rifts, but not where it jeopardises each other’s values system or their bond. Therefore, each partner might agree it’s healthy to have time alone and not be threatened by that, which fosters trust in the relationship.

However, in ROCD, intrusive thoughts meddle with a partner’s belief system. Subsequently, they respond with rituals to check for proof that their relationship isn’t under threat. That is by seeking reassurance from the other partner, following them when they go out to check they’re not cheating and phoning them repeatedly to find out where they are.

It becomes a negative focus where the attention moves away from the partner’s healthy value system and instead is paid to intrusive thoughts about infidelity if this is their obsession. For instance, “If my partner wants to spend two or three nights out, he must have lost interest in me, and is seeing someone else?”

A lot of people who develop OCD feel challenged when coping with ambiguous situations. This is why checking is a typical compulsion. For example, being sure about something means going over the “what-if” scenarios to prove or disprove whether there is anything legitimate to worry about, and then still being doubtful. It’s a never-ending circle, but the person doesn’t trust yet that relationship-intrusive thoughts are irrational.

When Thoughts About Uncertainty Persist

No matter how much people obsess or compare their qualities with their partner, they will never be satisfied with the outcome. Also, in whatever ways people seek reassurance and check for proof that having differences in beliefs, careers or interests is OK, it will never provide them with consistent answers. Checking leads to one doubt after the other, because irrational doubts can never be satisfied. A partner who has ROCD might find that checking and reassurance compulsions relieve anxiety for a while, but in the long run, these behaviours strengthen the relationship obsession, unfortunately.

The evidence-based treatment for OCD is known as exposure-response prevention (ERP). It has a partner agree to systematically resist all compulsions that are strengthening the obsession. Cognitive therapy also helps a partner understand probability and gain the confidence to handle uncertainty. For example, “My partner may have lost interest in me, but it’s likely s/he hasn’t, and I will cope with that uncertainty.” Or, “My partner’s flourishing career makes them seem more successful than me, and I will manage to live with that uncertainty.”

Partners can be involved in therapy, too?

Inviting the non-OCD partner to therapy sessions can provide education on OCD and how ERP works. It helps the other partner follow through with ERP homework assignments separately, and also together. Most therapists are trained in core counselling skills, too. So, they may, if needed, incorporate active listening skills into their therapy sessions to resolve any legitimate relationship insecurities (e.g., jealousy based on deep-rooted insecurities). For the most part, ERP helps reduce obsessive-compulsive symptoms, making it easier for couples to enjoy their relationship.

Sunil Punjabi is a confident therapist and highly recommended for his expert approach for delivering exposure-response prevention, the treatment of choice for OCD. He does call or skype and offers a sliding scale. Ask me for details here. 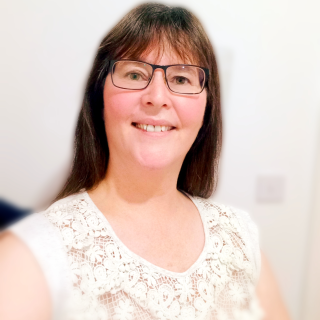